History of Medusa Dota 2 - mortal sister. As they say, beauty is a terrible force. This thought alone comforted Medusa - the youngest and most beautiful of the three Gorgon sisters born of the sea goddess - because she was the only one of the born mortal sisters. But neither beauty nor a comforting thought helped Medusa when unknown assailants attacked the Gorgon's kingdom and kidnapped her two sisters. They even were not stopped by the sisters' beauty or tears. One of the thieves grabbed Medusa, but after a moment with disgust, he threw her aside with the words: "This makes a mortal angry! We don't need anything that can die. " The humiliated and angry Medusa fled to her mother's temple. She fell in front of the Goddess, shouting: "You did not give me eternal life - therefore, I pray you to give me strength! Such power that I could devote my life to the sisters' salvation and revenge for such a desecration of our family and injustice! " After much deliberation, the Goddess granted her youngest daughter's request, allowing Medusa to trade her extraordinary beauty for terrible power. The daughter agreed, and the beauty disappeared, and she became awful, and an unknown strength appeared in her. Medusa never regretted its choice for a second. Since she knew that strength is the only beauty that is worth possessing, as only with its help, you can change the world.

How to play for Medusa

Hero Medusa Dota 2 is a core team character who can be both a mid and a carry. Has a high attack speed, especially with the talent, but not good enough movement speed. This character's bonus is not his damage, like most carries, but the ability to survive almost any attack on him. This is what gives a significant advantage throughout the game. This hero needs a lot of gold to realize his potential, so you shouldn't wait for Medusa in the heat of battle until the middle of the game. Since the hero is strong enough, and in the late stage of the game, he can independently destroy the enemy team. It is worth choosing a good Medusa counterpick.

Split Shot
Mana :
Cooldown :
Medusa magically splits her shot into several arrows. These arrows deal a lower percent of her normal damage.The extra targets will not receive other attack effects (such as critical strike).

Mystic Snake
Mana :
Cooldown :
A mystic snake made of energy jumps from target to target dealing damage. After it reaches its last target, it returns to Medusa to replenish her with mana. The snake deals more damage per jump and returns [11, 14, 17, 20]% mana based on the targets' total mana.

Mana Shield
Mana :
Cooldown :
Creates a shield that absorbs 70% of incoming damage in exchange for Medusa's mana. Provides bonus mana capacity.
Cold Blooded
Mana :
Cooldown :
12
When Medusa is targeted with a spell, a single-target Mystic Snake is sent back towards the enemy. Cooldown: [12].

Stone Gaze
Mana :
Cooldown :
Any enemy units looking at Medusa will have their movement and attack speed slowed. If 2.0 seconds of total time is accumulated looking at Medusa while Stone Gaze is active, that unit will turn to stone. Petrified units are stunned, and take bonus physical damage. 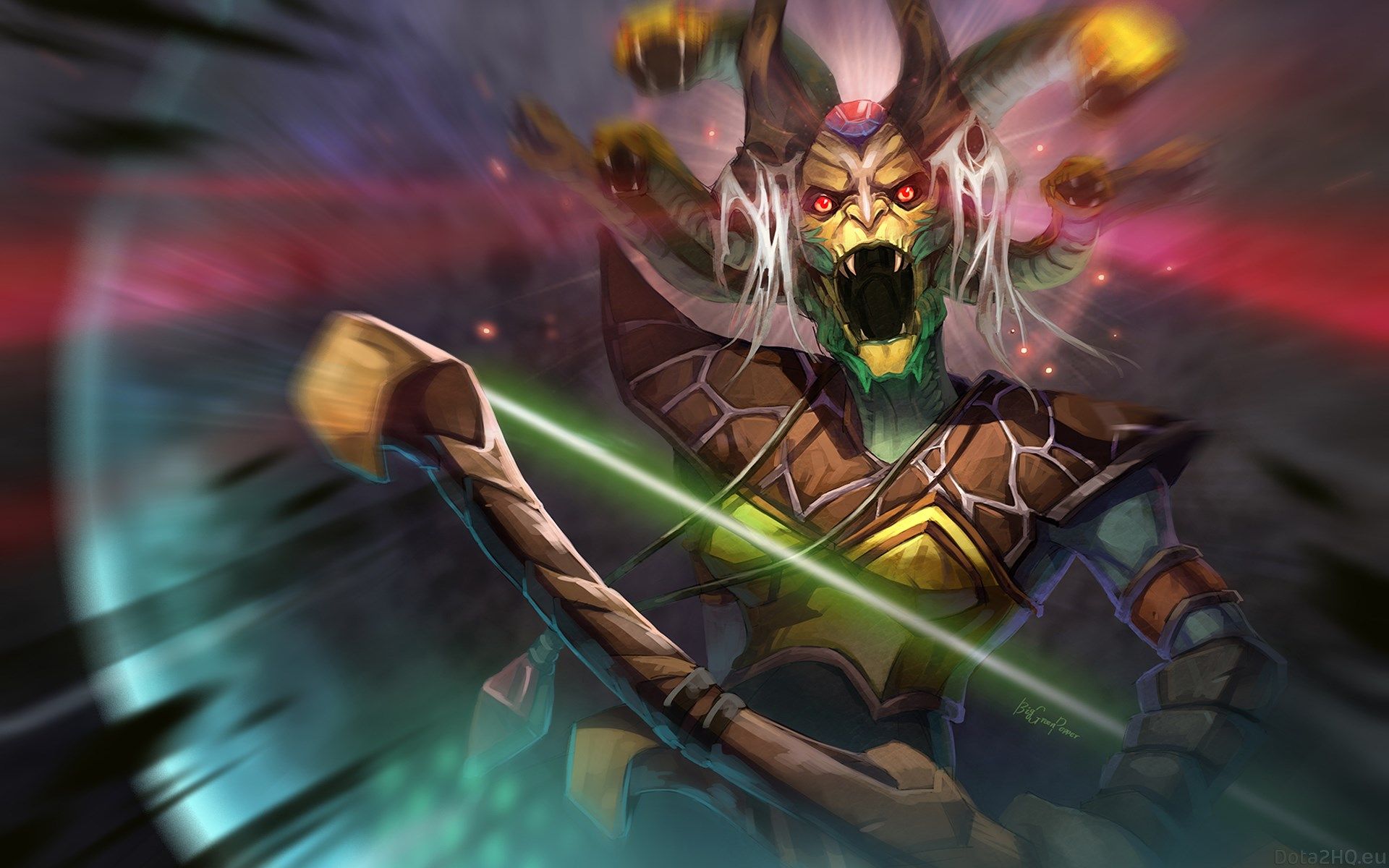 How to Counter Medusa

The most important thing to do against Meduza is to start to interfere with her from the very beginning of the game. Aggression against Medusa from the early minutes will not give her the excellent start she needs.