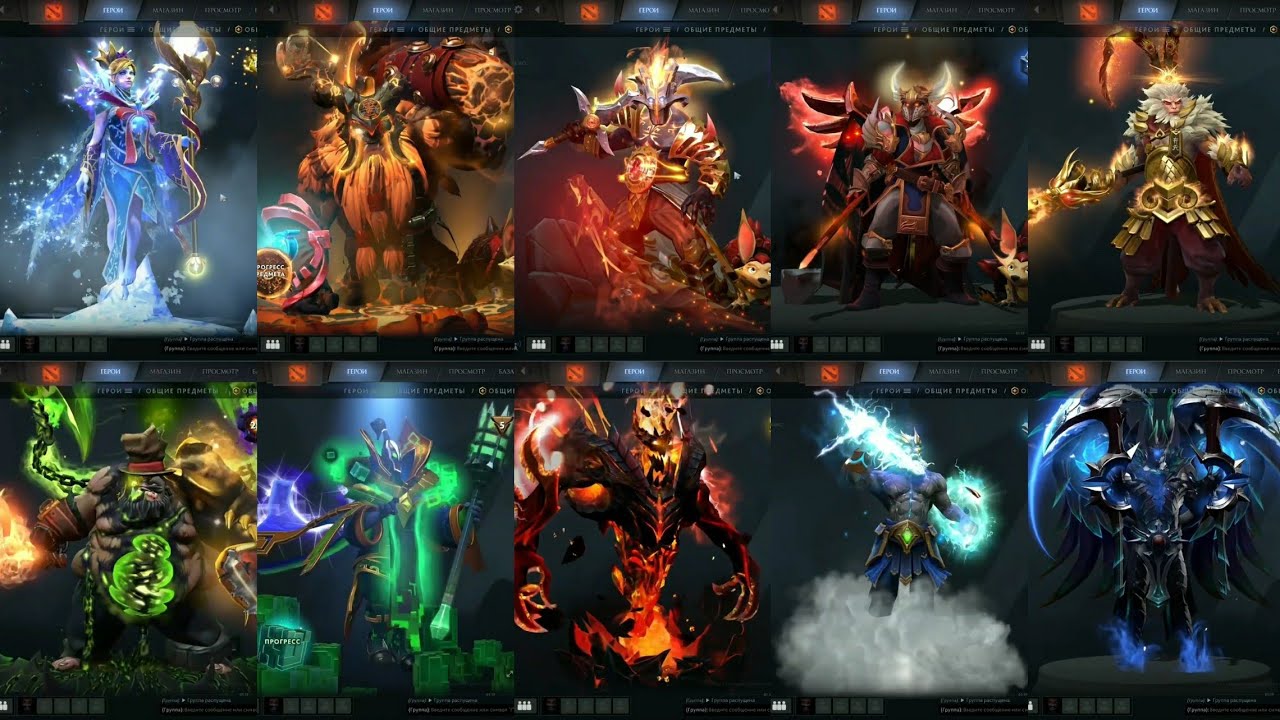 After each game, there is a small chance that you will get anything on any hero. A whole set may also fall out.

YES, there’s even a chance that Arcana will drop.

DotA 2 skins can be exchanged for other skins between players. There are a lot of trading platforms that don’t sell skins, but help players exchange the skin that they want and, at the same time exchange for them sets of heroes that they don’t play on. Very comfortable. You can also exchange DotA 2 skins with friends or with the team you recently played.

Here you can find the thing you need and see who wants to change it, of course, a person who wants to exchange his skin will overcharge, so be prepared to give a rare level, a couple of rare or legendary skins for a skin. Dota 2, the exchange of skins occurs through Steam, so be sure that during the trade, you will receive exactly the skin you want since the reverse exchange process will not be possible.

🧩 After each game there is a small chance that you will get a random thing on any hero, also a whole set can fall out. and, there is a chance that the Arkana will fall out.

🎮 How do you exchange things?

🧩 You can exchange Dota 2 stuff for other things between players. There are a lot of trading platforms that do not sell things, but help players to exchange the things they want and exchange for them those sets of heroes that they do not play. Very convenient. You can also exchange Dota 2 stuff with your friends or with the team you have recently played with.

🧩 Yes, you can, for this purpose it is necessary to determine the price of the item rather than its rarity. For example, it is possible to exchange items from the Dot for items from the CS of the GO. But that’s not a very common practice.